March 8 is a global celebration to commemorate the cultural, political, and socioeconomic achievements of women.On this occasion we have the pleasure to interview Mohini Srinivasan Founder and director of Mohini Film-Kraft London United Kingdom .let us tell you more about her vision her ideas and her message to todays women . 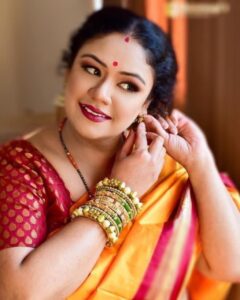 Mohini, a multi-talented individual, has been a former stage personality,  an actor, a choreographer and a producer in the past for over a decade. She has worked in Bollywood from a very young age to fulfil her dreams and through sheer hard work and determination, became one of the youngest directors and a producer of short films and serials under her own banner, after being a successful choreographer.

After getting married, from a career woman to a supportive wife and a homemaker  she globe-trotted with her husband due to his work placements. She was immersed in diverse cultures of the places she lived in, giving her a much-needed positive appreciation and a profound insight of life and people. As time passed, she grew contented in the role of a homemaker and now after 18 years she came back with her film making company  called Mohini film -Kraft . The company is based in London United Kingdom and specialises in web series and Films . Feb company announced their first very own production called HAUAA  .

She is a sincere and a fearless woman who feels, “A woman with a voice is by definition a strong woman” and “If one believes and is honest to oneself, sky’s the limit’. She believes in Women Empowerment and that one’s career can kick-start at any age if they do not stop dreaming. Her Life Mantra is: “If you dream, you can create and if you create, you will achieve”. 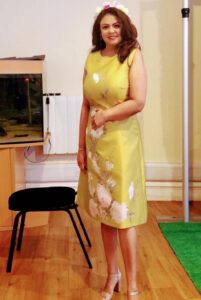 She believes : the “ideal” woman of our age is glamorous, sophisticated, powerful, career-minded, independent, self-sufficient, and sensuous. . She is in control of her own life, and can tackle any situation as well as the people and circumstances around her . She raise and support lot of causes which deals with women .

One of the issues she says about the depression in women she says : feeling low is a part of all of our lives at some stage. Everyone feels upset, sad or disheartened from time to time.

But to deal with these type of situations one should take medical advice or talk to someone who they are comfortable with. Talking about depression is the best way to deal with such problems .She also raise awareness about healthy lifestyle and exercise .

She want to inspire all those wonderful women who feel that there is that something in their life that they have missed out, that milestone that they have not yet reached and are harbouring that burning desire within themselves to achieve something, She say, do not hold yourselves back anymore and look out for that opportunity as it comes along and give it your बेस्ट। You never know what in store for you. 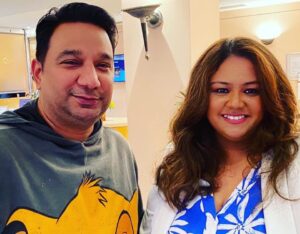 She also says : her attempt to contribute to the enhancement and empowerment of women,  defeating any form of self-doubt or question in pursuing one’s dream and aspiration, irrespective of caste, class, creed, physical disability, and personal fortitude. All should thrive to attain the maximum and one should not be held back with the preconceived notions of the society.

And most importantly, never lose your personality, self-confidence, and inherent character because these are what that truly defines you, keeping in mind being married is not a full stop, but a comma in one’s life needed in order to prioritize.

She say this by her personal experience that if you really want something from your heart and you are ready to work for it, you will certainly get it one day.